Can You Plug a Generator into a Wall Socket? [Answered]

In the modern world, we would be lost without electricity. Imagine living without lighting, heating, entertainment, computers, etc. Life would be practically unbearable. All these are made possible because we have electricity. However, with extreme weather conditions, a power outage is inevitable; thus, you need a power backup plan. Power generators have been the most common backup plan for most people. If you recently bought one, probably this question has hit your mind already.

While a power generator is the best inexpensive electric power source whenever there is a power outage, sometimes it can be hazardous if not handled correctly. You need to keep in mind a few critical safety measures when handling power generators to avoid damage to your electrical appliances.

First things first, NEVER plug your power generator into your home power outlet. It is hazardous. In some regions, this is illegal. It’s prudent of you to do a background check before deciding on what to do. Please, don’t do it because the outcome can be catastrophic.  This article will give you an in-depth explanation of why you cannot plug your generator into a wall socket.

Can You Plug A Generator Into A Wall Socket?

After purchasing a power generator, what next? Most people have an obvious question about how to get it connected to the home electric grid. Again, the most common question that comes up is, can you plug a generator into a wall socket? The answer remains no. While it may seem physically doable, there are potential risks involved.

Directly plugging a power generator into a wall socket causes backfeeding; this is the reverse flow of electric current. This can rigorously damage your house’s electrical wiring, and in some cases, cause a fire breakout. Never backfeed your electrical system. All said the brighter side is you can safely use a generator to power home without necessarily plugging it on a wall outlet.

Here are some of the risks you may want to take a look at before attempting to plug a power generator directly into a wall socket:

As aforementioned, backfeeding is often the primary culprit. A power generator produces a massive amount of electrical power. If connected directly into a wall outlet, all the power, reversely, goes into the home’s electrical wiring system without going through the circuit breaker first.

As a result of backfeeding, permanent damage is inevitable. The backfeed caused by your power generator will result in an overload and further cause permanent damage to your home’s electrical wiring system. Worse still, as with any electrical fault, there are high chances of a fire breakout. The overload current may also circle back and blow out your generator.

In some states/countries, plugging a generator into a home wall outlet is contrary to the law. Due to its potential risks, most jurisdictions have outlawed this practice.

Unfortunately, any damage caused by either intentional or unintentional backfeeding may not be taken care of by your generator warranty or homeowner’s policy. Due to the illegality and risks of such connections, insurance companies have come up with policies that do not cover the expense of any damages caused. You will have to bear all the costs as a homeowner.

How To Hook Up A Generator To A Home 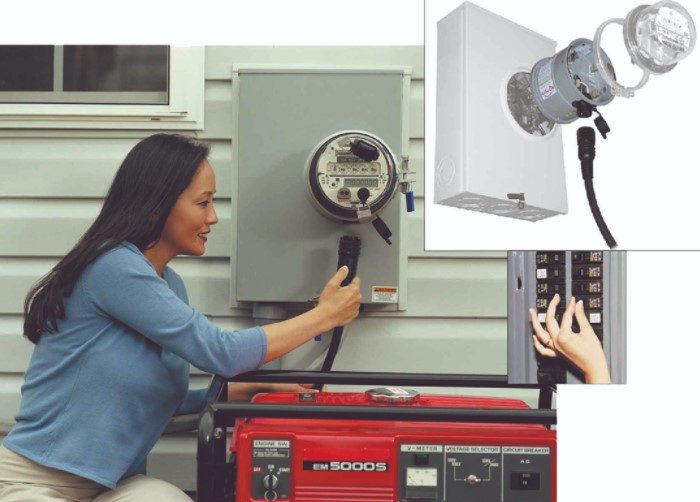 The first approach is often cumbersome. You will need several power extension cords to connect all your appliances. Since there is no way to connect lights to the power generator, you’re left with no choice other than to use lamps and flashlights.

The second approach is the most recommended. Here, you will use all your appliances as you usually do. All you need is a transfer switch; this switch allows you to safely hook up a power generator to your home’s electrical grid. However, you will need a certified electrical engineer to layout things for you.

A transfer switch is a small electrical device that enables you to power your home electric grid system using a power generator when there is a power outage. A transfer switch saves you the hassle of using numerous extension cords, more so, the potential risk of damage. 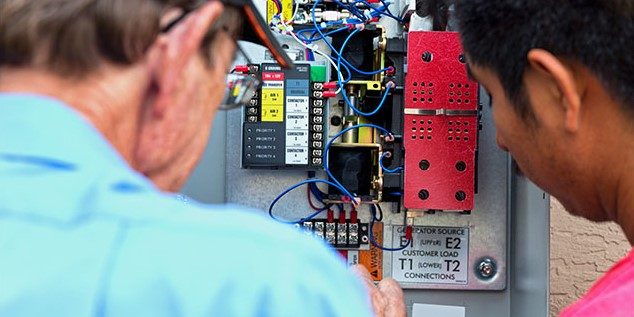 There are two types of transfer switches; manual and automatic switches.

These types of transfer switches require you to turn them on by flipping a small lever physically. They work pretty much like the traditional circuit breaker box. Although it may involve manually switching on and off, this method is much safer than plugging a power generator into a wall socket. 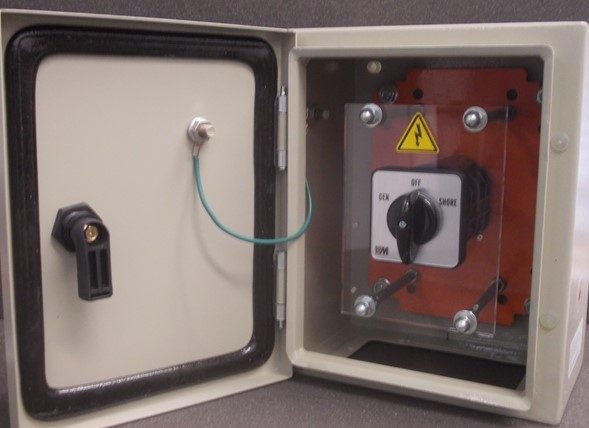 An automatic transfer switch, ATS, works in the same way as their manual counterparts, only that in this case, you do not have to flip the lever. This type of switch is designed to automatically switch the power source from the main to the generator if there is a power outage. 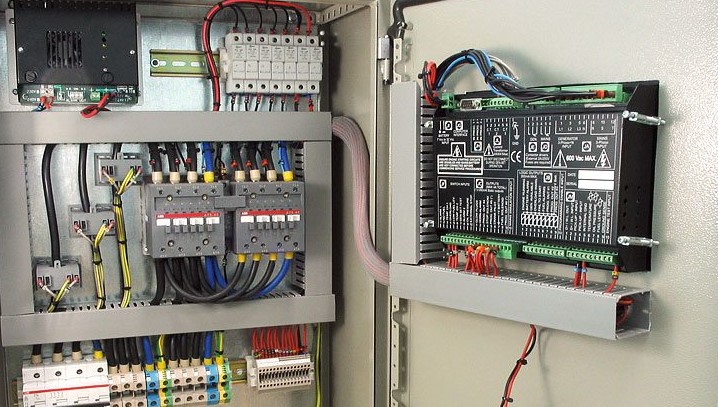 It is recommended that installing a transfer switch be done by a certified and experienced electrician. This process involves laying out cables that go through your house’s circuit breaker box. The electrician can assist you in identifying which circuits you want to get powered when you switch to a generator. If you have a generator for water well pump, you may want to consider it connected and other essential equipment.

Since the power generator uses fuel, it is good to install it in a properly ventilated cabin far away from the house. It helps avoid carbon monoxide poisoning.

An interlock system provides a cheaper alternative to transfer switches. The concept is pretty much similar. When there is an outage, you plug your power generator into the same outlet. However, instead of going through a transfer switch, it goes straight to the present circuit panel.

When a generator interlock kit is correctly installed, it helps prevent the main power circuit breaker and the power generator’s circuit breaker from being on concurrently. Even though interlock switches are legal and work fine, some jurisdictions require that these generator kits be installed adhering to local building standards.

Your electrician should advise you whether or not a generator interlock kit meets your local building codes also if it works with your house’s electrical system. Interlock kits are cheaper compared to transfer switches. On average, the price of a generator interlock will range somewhere between $50 to $150. Installation labour cost is similar to that of a transfer switch, $400.

Plugging your power generator directly into a home wall outlet is not the best thing to do. There are other much safer approaches, as discussed in this article. It’s always prudent to observe safety when handling electrical appliances. As you have seen, having your power generator well connected to your home electrical grid is not so complicated. Furthermore, it helps you avoid dangerous and costly mistakes.

NEVER plug a generator into a wall socket.

Affiliate Disclosure: As an Amazon Associate I earn from qualifying purchases.